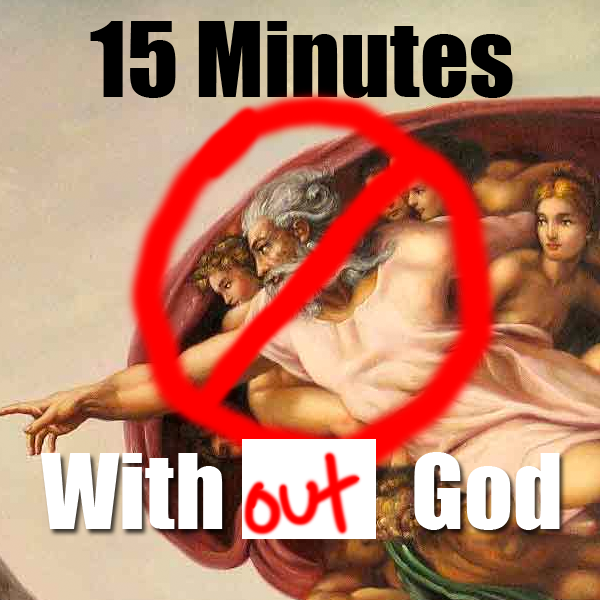 I guess you’d call it the perfect storm.

I had just read Love Wins. I wasn’t sure I believed it, so I did a lot of research. Like a lot of research. I spent a ton of time on Tentmaker.org. I had at least ten other bookmarks about Christian Universalism. I read “Justice” by George MacDonald, and he blew my mind.

I was taking a class called Philosophy of Religion, and my (Christian) professor wasn’t remotely similar to the joke of a philosophy professor from God’s Not Dead. He challenged us. We read arguments against God’s existence. Very good arguments.

I took Bible classes and somehow ended up with the notion that the Genesis account was orienting narrative, not history and science, and not intended to be read as such. I decided that evolution was okay.

I took a course on sociology. I learned about other cultures.

I discovered a post by Derek Flood in which he argued that Penal Substitution – the idea that Jesus died to satisfy God’s wrath against humankind – was a horrible way to read the Bible.

Christianity was slowly become a religion that I believed (religion/relationship, whatever) because it was beautiful, not because I didn’t have any other options. But I still believed in inerrancy.

One night I was in the computer lab at school working on some video project or another while chatting with a well-intentioned person who was trying to reel me back into orthodoxy on penal substitution. The usual questions, the usual arguments. I had all the answers. And then she said this, in the middle of a huge discussion. It lit up like a light in a kitchen full of cockroaches.

It is obvious that in the Old Testament, God did at different times punish whole nations for the sin of a few. Even children. [Emphasis mine.]

She was right and I knew it. I spent an hour every night of my childhood listening to my dad read the Bible. God most definitely commanded Israel to kill everyone, even children.

God commanded genocide. The Bible was very clear on that.

My brain went into a tailspin.

I had options. I’d jettisoned 24-hour day creationism. I’d read David Hume’s argument against miracles. Philosophy had given me plenty of good reasons to think God didn’t exist. I didn’t “need” Christianity to explain the world. Sociology could even explain religion. People might behave the way they do even without a God.

I’d learned the Thomas Theorem*. C.S. Lewis’s Lord, Liar, or Lunatic trilemma was patently ridiculous. There was an easy solution: the gospel writers made everything up. Maybe Jesus was just a good teacher.

I could explain away everything about Christianity.

And my debate partner had just handed me a damn good reason to throw the whole thing away and be done with it. Christianity wasn’t beautiful. It was horrible and ugly. And if any part of the Bible was wrong, then it all was, or so I’d been taught. (Apart from the way of reading Genesis 1 & 2, of course, which wasn’t wrong, just being misread). At that moment, I rewound my life to the beginning and played it the way I would have if I didn’t believe in God. I rethought and rethought. I wondered what I would do if I knew for a fact that God didn’t exist. I opened Spotify and played  a couple Katy Perry songs and imagined my life as an extravagantly intense sinner. I was raised pretty conservative, and I didn’t have a super-intense rebellion, so there wasn’t a lot of fuel for that imagining. I think it was something about maybe I would just go out and have a bunch of one-night stands or something. Maybe I wouldn’t be worried about marrying a Christian, so maybe I wouldn’t have to worry about all the purity codes and everything. It’s okay, you can laugh.

But then I thought, “What if there’s nothing wrong with normal Christianity? What if it’s good?” I barely bought it, but I went out into the night and phoned a couple of friends to try to get them to talk me down. They didn’t. They tried to help me understand how genocide could be consistent with God’s love for everyone.

The first rule in philosophy is the rule of non-contradiction.

The first rule of discussing Christianity with someone who’s taking philosophy is to not tell them to believe something that is at least on the face of it, self-contradictory. For me, it was like saying that Hitler was my grandfather, and that he was a nice sweet wonderful person. All of which may have been true, except for the grandfather part, but that wouldn’t make his evil deeds less evil. And God was worse than Hitler, because God tormented people forever.

I came back into the computer lab, fairly shaken. The case for Christianity was looking worse and worse. The water I swam in, the air that I breathed, the world that I lived in, was coming crashing down around me.

God wasn’t real. Everything was up for grabs.

On a whim, I googled “God and genocide.” I found this article by Greg Boyd:

Before we attempt to explain this, I think it’s important to ask: What is at stake in resolving this issue? In fact, in my opinion, answering this question is even more important than resolving the issue itself.

A pinprick of light. Then this, further down:

If your faith in Christ is rooted in your faith in every passage of the Bible being infallible, this worst case scenario would obviously completely destroy your faith. But if your faith in the Bible is rather rooted in your faith in Christ, the worst case scenario would hardly be catastrophic. It would present us with theological problems, obviously. We’d have to modify our understanding of God’s involvement in providing the oral and written meta-narrative that interprets the coming of Christ. We’d perhaps need to rethink what we mean by claiming the Bible is “infallible,” and this might raise certain hermeneutical issues as well. And we’d certainly have to rethink our Christology. How could Jesus, the Son of God, have trusted that the whole Old Testament was God’s infallible Word if (as we are imagining in this worst case scenario) a major motif that it contains is simply wrong?

I could barely understand it then, but those words were the beginnings of my salvation.

I read Peter Enns. I listened to a sermon series by Adam Hamilton about how to read the Bible. I fell in love with Greg Boyd and his way of explaining how to read the Bible (with the cross in the middle). And I still doubted like crazy. I also made a documentary about what it is like to be gay and Christian. It wasn’t pretty.

I spent the next summer working at the Christian camp I’d loved for the previous three summers and only halfway believing anything. Chick-fil-A-gate happened and I really didn’t want to be a Christian anymore.

Then I read a piece by Morgan Guyton and listened to a sermon by Jonathan Martin. I came back to the cabin and told my friend Joel that for the first time in a long time, I wanted to be a Christian.

I listened to a podcast where Jay Bakker said he only believed in God about 50% of the time. And he’s a pastor. I thought, maybe I can do this Christianity thing after all.

In a Church of Christ we visited a few months ago they gave a welcoming shout-out to people who didn’t believe in God anymore and said that they understood. I was so happy.

I still live on the raggedy edge. Some days are better than others for my faith. Some days I think that God has to be real for there to be so much beauty, and some days I think God’s not there at all but I recite “I believe in God the Father the Almighty” just the same, affirming what I can barely believe because maybe my saying the words will help to make them true.

I interviewed for a youth leadership position at our church a couple weeks ago and I told the pastor that I affirmed the creeds and sometimes believed them. He said he thought that was a great way of putting it. It was very liberating.

Sometimes I’m tempted to just give up on the whole thing, but it doesn’t happen as often anymore. My progressive brethren are spreading the Kingdom of God like wildfire, going into the streets and extending Jesus’ ridiculous welcome to anyone who’ll show up, and when they arrive, treating them like honored guests – gay, lesbian, liars, and doubters alike. They preach Christ crucified for his radical welcome, not to pacify wrath. And I think that’s a damn good thing.

And me? I argue for the goodness of God. I argue that God is good, maybe because I so badly want to believe it. I argue that God loves everybody, no matter what, and that God means that nobody gets left behind. Or forgotten.

The peace of the Lord be with you.

*The Thomas theorem: “Situations that are perceived as real are real in their consequences.” If everyone around us thinks green paper is worth as much as a loaf of bread, then it is. If not for that sociological construct, trading a piece of green paper for a loaf of bread is utterly ridiculous.

37 thoughts on “My Fifteen Minutes of Atheism”