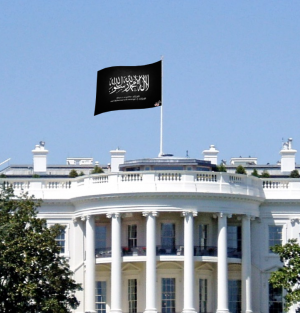 I heard the story of Jonah many times when I was growing up. The story always went like this:

God told Jonah to do something. Jonah disobeyed. God punished Jonah by sending a storm and a big fish. Then Jonah obeyed God. There was a little something on the end about a plant and a fish, and Jonah was angry at God for being God. The end.

This naturally feeds into children needing to obey parents right now as well. As every fundamentalist knows, O-B-E-D-I-E-N-C-E [not love] is the very best way to show that you believe.” As 6,130 google search results say, “To delay is to disobey.” Both seem like little ditties a southern slaveholder would teach his slaves.

Fundamentalists also love this story because it’s about evangelism. God told Jonah to go witness to Ninevah, but Jonah didn’t listen. He didn’t care about those poor souls in Ninevah, but God wouldn’t let up, and Jonah finally gave, which is exactly what will happen if you fail to heed God’s call.

Thus, the story of Jonah presents children with the two most important fundamentalist Christian values: obedience, and soul-winning. But let’s get back to Jonah by going forward to a (very) fictionalized version of the future.

It’s 2030. In spite of the best efforts of the United States, the Jihadists slowly won. The Islamic State took over Washington, beheaded President Ron Paul and every US Senator, and imposed their version of Shariah Law. Americans had their guns taken away and were forced to convert or die. The leader of ISIS ruled Washington from Damascus. Many American Christians went underground and avoided the religious persecution, but no one was unaffected. Everyone knew someone who had been killed by ISIS.

In the midst of all this, God had a message for a pastor named Joe. “Go at once to Damascus, that great city, and cry out against it; for their wickedness has come up before me.”

Joe knows that God has a low tolerance for wickedness. The first time this happened, God sent a flood. The second time, it was fire and brimstone on Sodom. The third time, God was casting out the nations before Israel. You get the picture. God had finally figured out what ISIS was up to, and God intended to make things right.

But Joe also knew that God forgives people, especially people who say they’re sorry, and if he went to “cry against the city,” it might give them a chance to clean up their act and not get wiped off the face of the earth. So naturally, Joe said, “Thanks, God, but no thanks,” and hopped onto a jet going to South America.

And that puts us back with Jonah in Israel hopping a boat to Tarshish. Now that we have a better idea about why he went the opposite direction, “He was disobedient” and “He didn’t wanna go soul-winning” pale in comparison to the far more likely theory that he didn’t want to help God find a reason not to destroy Ninevah.

Imagine the hopeful expression on the prophet’s face as he finally waltzes through Ninevah with his sign that says “REPENT” on the front and “THE END IS NEAR” on the back, shouting “Forty days more, and Nineveh shall be overthrown!” into his bullhorn. Also imagine how nervous he is about being shot in the back.

But the story takes a remarkable turn: against all odds, and unlike Israel, which has a rich history of ignoring and executing prophets, Ninevah repents. Jonah slips off into the hills and waits to see if God will destroy it anyway.

And of course God doesn’t. And of course Jonah is furious. His enemies – the enemies of God’s people -were about to get their due. The world is unjust.

Jonah’s problem is very much what our problem would be in a similar situation: he thought God was going to give his enemies the smackdown his country’s army couldn’t and they so rightly deserved, and was afraid God wouldn’t.

Is it about obedience? I think there’s more to it than that.

Is it about witnessing and soul-winning? I doubt it.

Is it important for this story to have actually happened? I don’t think so.

“O Lord! Is not this what I said while I was still in my own country? That is why I fled to Tarshish at the beginning; for I knew that you are a gracious God and merciful, slow to anger, and abounding in steadfast love, and ready to relent from punishing.

I think Jonah is like most of us: News that God is gracious and merciful, slow to anger, and abounding in steadfast love, and ready to relent from punishing is good news when we’re the ones God is relenting from punishing, and bad news when it’s our enemies that Jesus told us to love.

3 thoughts on “Is Jonah About Obedience?”