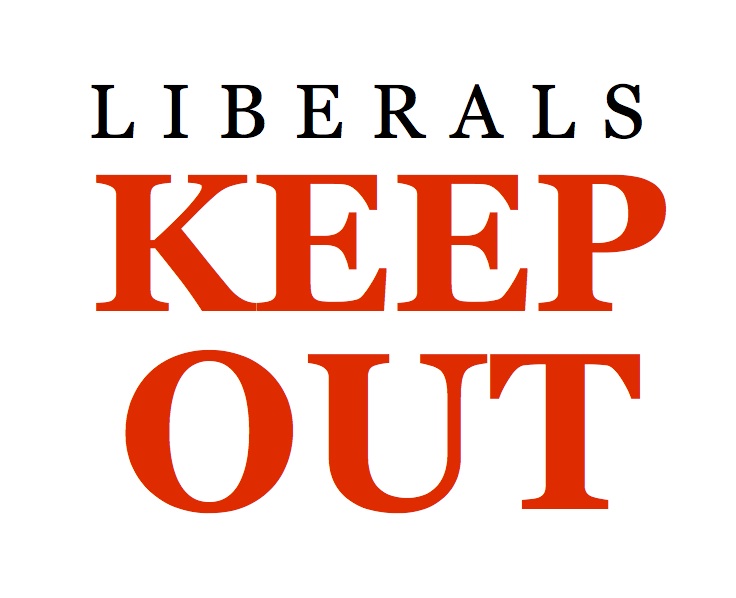 People think I moved left because I was deceived by the devil.

People think I moved left because I’ve been reading the Bible without the help of the Holy Spirit.

People think I moved left because I just stopped reading the Bible.

I accidentally go to conservative churches sometimes and find books by Ken Ham that say I’ve compromised – with the world, the devil, whatever.

My dad sees me as a disappointment and is glad I’m still alive. He doesn’t say it, but I’m pretty sure he thinks that if I died today I’d be in hell. He holds out hope that God will show me the light because I’m still alive.

My Grandma calls me and says she’s heard rumors that I don’t believe in the Bible anymore.

My aunt sends me a Facebook message that her kids, my very young cousins, are praying for me. They’re worried about my soul.

When my conservative Christian friends and family ask me questions, it’s not to find out why I believe what I believe. It’s to fix me or help me realize that I’ve gone off the rails and am wrong.

Other folks have very real concerns that because I don’t share their view of the atonement, I’m not a real Christian.

I’ve gotten tired of arguing about stuff, because it’s always the same argument. It may be new to you, but I’ve had it a hundred times and it always ends the same sad way. Seriously, let’s pass on it. It’s not worth it.

No, seriously. It’s not.

I hear the same tired arguments and Bible verses over and over again. I know them all, I promise. And I have responses to all of them, but you probably won’t like or agree with my responses, so can we please pass on the high-stakes debate? I’d be happy to have a conversation with you about why I believe what I believe if you’re curious, but I don’t want to fight about it.

The churches I go to are small, because evangelicalism and rock bands and the feeling that there’s something “real” going on attract more people my age than silence and liturgy and ambiguity.

People think that because I don’t think that the Bible’s “inerrancy” is a fundamental doctrine, I’m not a Christian, or at least I’m on the road toward apostasy. We’re Christians, not Biblians.

When I visit big churches, I consider myself lucky to get a phone call that “might be important” to get me out of a worship service with stifling, repetitive, boring, and theologically dumb (at best) songs.

When I visit big churches, I’m always the compromiser the pastor’s talking about.

When I visit big churches, things that inspire other people’s faith scare me to death and make me wonder why I’m in this whole Christianity thing anyway.

My dad warns me that I’m deceiving people and reminds me that God’s going to have a stricter judgment for me.

Sometimes I try to keep my political posts down so as not to aggravate my conservative friends who share clips about why Obama is the anti-Christ every five minutes. I promise you guys, you only have to put up with him for two more years. Plus, I’m not a big fan anyway – but my reasons have nothing to do with Obamacare, except that I think it didn’t go far enough.

When I comment on pro-Israel posts to mention that Gaza has a higher death count, everybody thinks I wish Gaza would just bomb Israel off the map, or that I have absolutely no idea what’s going on, or that I don’t believe in the Bible, or that I’m just deceived by the devil. It’s kind of a theme.

I see posts from Christians that are against illegal immigration and I get so confused how Christians who are supposed to love our neighbors can stand at the border and tell little children from war-torn countries that Jesus wants them to go away.

I go to a church in a denomination that other churches are leaving because they can’t stand the idea of being in the same denomination as churches that are allowed to perform same-sex marriage. The PCUSA has space for both sides, and while the liberal churches are okay with worshipping alongside those who disagree, the conservative churches have no space for that sort of disagreement about fundamental issues like the resurrection. …Oh wait, that was about gay marriage. Never mind. Like I said, it makes me sad.

I mention that I’m in favor of marriage equality and people think I’m not a Christian.

I mention that I attend a Presbyterian church and everyone wonders how I can go to a church whose denomination allows (not supports) same-sex marriage.

Friends and family members who once respected me and had high hopes for my future are now praying for my eternal salvation.

I didn’t shift left because it made my life easier. I shifted left because I went to college and learned that the world doesn’t work in the simple logical way that conservative talk-show hosts and evangelical / fundamentalist pastors think it does. It’s complicated. Rush Limbaugh’s logic is missing large chunks of data that anyone who’d taken Sociology 101 would know.

Shifting left has made my life harder. My life would be easier if I suddenly realized that Rush Limbaugh and Glenn Beck were right about Jesus, and John Dominic Crossan wasn’t.

I can’t even imagine how many of my friends and relatives would breathe a sigh of relief if I threw away everything I’ve learned and suddenly “realized” that being gay is a sin, or that the Bible was absolutely true about literally everything it said and had no disagreements within it (a relatively modern view).

But that ain’t how I was raised.

I was raised to stand for truth and justice even if you stand alone, and even if you look like a fool while you’re doing it.

Veggietales taught me to stand up for what I believe in.

Patch the Pirate taught me to do right until the stars fall down.

I even wrote a little song about how “you gotta to dare to be different” that was so bad that nobody but Andrew will ever hear it. Ever.

But I also do it because it helps. I do it because every now and then, I get a message from someone saying that they read my blog all the time and feel encouraged and not-alone. I do it because sometimes I get messages saying “Hey, I read your blog and it got me thinking.”

I do it because I know people who’ve been beaten over the head with the Bible and don’t like God very much right now, and I want to give them hope that maybe they can be whatever they are and God will still love them and maybe they can still be Christians.

I do it because sometimes I’m one of those people.

I do it because I want people who are on the margins of Christianity and think the whole thing might just be nuts to know that things they think is crazy, I think are crazy too, and if I can be a Christian, maybe they can too.

Because I believe it’s the right thing to do.

263 thoughts on “Unacceptable: What it’s like to be a Liberal Christian in a Sea of Conservativism”