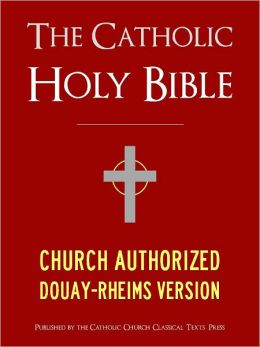 Nowadays whenever anybody tells me they believe in the Bible, I just kind of shake my head and go, “Which part?”

But I’ve been thinking about it and maybe my question should be “Which Bible?”

You wouldn’t know it, but there’s more than one Bible out there, and I don’t just mean more than one translation. It’s all about the way we read it.

Take the Fundamentalist’s Bible, for example. It’s filled to the brim with rules and regulations. Every verse is a new rule. The letters to Timothy and Titus are highlighted, as is Proverbs.

Or take the Evangelical Bible. It’s not entirely dissimilar to the fundamentalist Bible. The same verses about gay sex being an abomination are highlighted in both, while the same surrounding verses might as well be highlighted with black magic marker for as well as they’re read and as much as they’re talked about. But the Evangelical Bible also has Jeremiah 29:11 highlighted. God has plans for us, and they’re good. Fundamentalists will point out that those verses are out of context, but it doesn’t matter because fundies and evangelicals don’t talk much.

Whenever I talk to evangelicals, I hear the Exact. Same. Verses. I could almost have an evangelical argument with myself and quote all the evangelical verses. It’s weird, because when I started going to mainline verses, I heard passages I’d never heard before, and I’ve been in church all my life.

Oh! The Prosperity Bible. I love that one. That random verse about Jabez has so much highlighter on it that it glows in the dark. Or Psalm 1 where it says that whatever a righteous man does, he prospers.

The Red-Letter Bible, of course, comes pre-highlighted. The words that Jesus said are already printed in red, so you know they’re more important. Some of them are more important than others, like the ones about loving your enemies and turning the other cheek. The stuff about hell isn’t highlighted as heavily.

The Calvinist Bible has all the verses about predestination highlighted, and the Arminian Bible has them mostly highlighted with dark-pigmented Expo marker and covered over in footnotes explaining how the Bible doesn’t really mean what it says.

I greatly enjoy the Atheist’s Bible. (It’s over at Skeptic’s Annotated Bible), and it is filled with all kinds of weirdness and insanity. It’s almost exactly like the Fundamentalist’s Bible, except that all the weirdness that comes with the Fundamentalist interpretation isn’t accepted as absolute truth, it’s pointed out as such and mocked.

I find  the American Patriot Bible especially puzzling. I Chronicles 7:14 is the passage that glows in the dark in this tome, and don’t worry about loving your enemies or even decent exegesis; there’s enough American History and American photographs to sufficiently distract readers from what the text actually says.

Many Christians claim that they believe the entire Bible. This is patently untrue, because the Bible is more like a Rorschach test than a statement of faith. Statements of faith don’t contradict themselves, but the Bible, if read without the need for inerrancy, clearly does. What we do with the contradictions determines what sort of people we are.

I borrowed an incredible book called God and Empire by Dr. John Dominic Crossan from the local library recently. Shortly after, I was privileged to hear Dr. Crossan give a lecture in person.

In his book and in his lecture, he laid out the argument that the Bible has two competing narratives: The narrative of God’s love and non-violence, and the narrative of violence that man tries to superimpose onto God’s narrative. For instance, he points out that Jesus is fairly non-violent in Mark, but Matthew and Luke tend to beef him up and make him angrier; or that the gospels portray Christ as the lamb of God who dies for his enemies, but by the time Revelation rolls around, Jesus has a sword coming out of his mouth and he’s wearing a robe dipped in blood. In short, Mark’s Jesus looks like Ghandi, and Revelation’s Jesus looks more like Rambo.

I remember reading the Bible growing up with my fundangelical filters on. God was good, or at least not weird or psychotic. I couldn’t see the vengeance and the violence because I didn’t believe that it was there. When someone reminded me that it was there, I went into shock and became an atheist for about 15 solid minutes. I had read the stories so many times, but I had never seen them.

We find what we look for.

What are you looking for?

2 thoughts on “Which Bible Do You Read (And No, This Isn’t About Translations)”