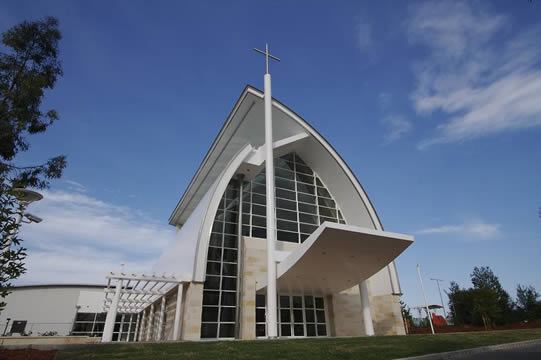 • There is only one Joel Osteen, and you are not him. The market for Joel Osteens is flooded. Critique Joel Osteen whenever possible. Your congregation will love you for it.

• Don’t stop with Joel Osteen. Critique churches, pastors, and books. Rob Bell has painted a nice, easy target on his back, for example.

• Remind your congregation regularly that the world is going to hell in a handbasket. A persecution complex goes a long way toward building relationships quickly.

• Take your theology seriously. Being unwaveringly confident is more important than being right.

• Quote the Bible a lot. Context is only important when you don’t like the verse you’re reading. But let’s be honest, that doesn’t matter because you don’t have a lectionary.

• Use your lack of scholarly knowledge as proof that you’re just preaching the simple truth of the Bible.

• Have a concordance available so you can look up important greek words like “all,” which is the greek word πᾶς, which means “all.”

• Remind your congregants regularly how blessed they are to be in a church that preaches the Bible. Occasionally quote scripture so that they believe you.

• When someone critiques your sermon, tell them that you’re just telling them what the Bible says. Better yet, do this preemptively from the pulpit.

• Assume that most of your congregants are real born-again Christians, except for maybe a few. That way, you can allow your congregation to be among the few real Christians, but still have cause for an invitation.

• Call for deeper commitments. Your congregation wants to be more deeply committed to Christ. Don’t tell them to do anything more than come forward.

• Pump them up with fear of the outside world and other churches so they’ll keep coming back.

• Remember that understanding Ancient Near Eastern Apocalyptic Literature, culture, and historical background is not a prerequisite for preaching from Revelation.

• It is appropriate to quote verses from Ezekiel, Daniel, and Revelation as though they were context for each other. They should be used together with current events to demonstrate that the end is near.

• Tell self-deprecating jokes to make it seem like you’re not proud of being a megachurch pastor.

• Share stories of that little house church you started years ago (before the subdivision moved in next door).

• Tell stories about parishioners that are really things you read on the internet — nobody will know.

4 thoughts on “How To Run An Evangelical MegaChurch”