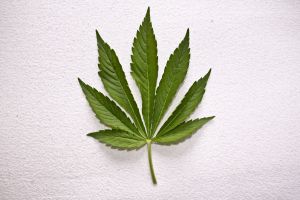 My wife and I were watching an episode of Castle a week or so ago where this lady is a hit man (hit woman?) for people who want to pay her $50,000 a week to kill people. If you suck at math, that’s $2.5 million a year with two weeks of vacation.

We’re also part of a Bible study on Friday nights. One of the guys who goes said somebody could pay him $100,000 a day to run drugs. One of the other guys there was in the Air Force and he and I were suddenly paying very close attention. “I’m sorry, who did you say this guy was, and how can we get this job?” The night after we watched that episode of Castle, we talked about how ridiculous it was that legal jobs pay so little and illegal jobs pay so much. It occurred to me that there are really two things driving the sale of illegal drugs:

The fact that illegal drugs are in fact illegal doesn’t mean they’re not getable (much like the frequent argument against gun control). It just means that they’re expensive, and that it’s risky to get them, and that whoever runs the risk of going to jail to sell them is going to make pretty darn decent money.

Income inequality drives people with very little opportunity otherwise into drug trafficking. Getting a job is hard, even for a recent college graduate, so imagine for a moment that you’re a minority, broke, and not a college graduate. Think about how lucky you’d feel to get a job at McDonald’s getting paid $8 an hour (that’s $16,224 a year if you manage to work 39 hours a week, or $12,064 if they keep you under 40 so the greedy jerks don’t have to put you on health insurance. Oh, and that’s before taxes.

Now, while you’re imagining your microscopic paycheck, imagine that your cousin offers you a job running drugs for him for $100,000 a year. Sorry, I meant $100,000 a day. But maybe that’s not realistic. How much can you actually make running drugs?

Of course, the risks are crazy. If you get caught, you go to jail and probably get fined. But I digress: Crime does pay. Also, it pays a lot. Admittedly, it doesn’t pay nearly as much as being a CEO pays. According to the AFL-CIO, “The CEO of an S&P 500 Index company made, on average, 354 times the average wage of a rank-and-file U.S. worker in 2012.” The average CEO of a Fortune 500 company makes about $12 million a year. Minimum wage is $8 an hour.

But let’s shift that. Let’s imagine that you can make a livable wage at a normal job, even, miraculously, McDonald’s or Wal*Mart. Let’s suppose you can pull of that almost-unimaginable $15 per hour. Even that only nets you $31,200 a year – but that’s almost double minimum wage.

You’ll still be struggling to get by at $15 an hour, but at least when your drug-dealing brother in law drives by in his Ferrari, you can feel good about yourself. Even though you’re not making enough to be rich, you’re doing all right and you know your line of work won’t put you in jail.

So, what if we fixed income inequality?

What if we legalized currently illegal drugs and stuck a warning label on them that they’re so dangerous they used to be illegal but that putting people in jail for dealing them did more harm than the drugs themselves anyway? It not only saves us the $51 billion that the war on drugs is costing, it saves us from having to put people in jail for it, and let’s be honest, prison is really just a training ground for criminals.

So that’s it, then. Fix income inequality and legalize illegal drugs, or stop complaining about drug dealers.

Not sure what the answer is on sex trafficking. I think there’s some kind of systemic evil going on that’s causing that, too.