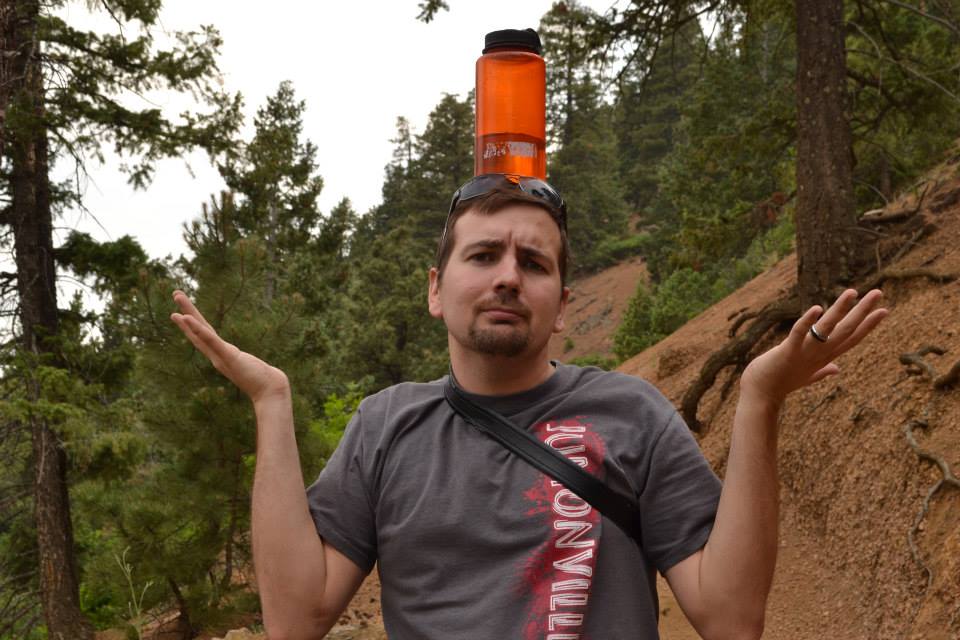 Megachurch pastor and author John Piper has recently tweeted a blog post / podcast(?) in which he asks whether there is a place for female professors at Seminary.

With a barely-started and completely unrelated final paper due in less than two weeks, I knew there was only one thing to do: Buckle down and write the response that post deserved.

The argument Mr. Piper uses is important to consider. What follows is my (I believe accurate) caricature:

If we allow women to teach men who are going to be pastors, people will start to wonder why their pastors’ teachers can’t also be pastors.

For an answer, I turn to scripture. And not just scripture – complementarian scripture. The (Male-oriented) English Standard Version, to be exact.

And the Lord God commanded the man, saying, “You may surely eat of every tree of the garden, but of the tree of the knowledge of good and evil you shall not eat, for in the day that you eat of it you shall surely die.” (Genesis 2:16-17)

Now the serpent was more crafty than any other beast of the field that the Lord God had made. He said to the woman, “Did God actually say, ‘You shall not eat of any tree in the garden’?” And the woman said to the serpent, “We may eat of the fruit of the trees in the garden, but God said, ‘You shall not eat of the fruit of the tree that is in the midst of the garden, neither shall you touch it, lest you die.’” (Genesis 3:1-3)

See how the man is already lying to the woman about what God said? By the time it gets to the woman, God’s command has been twisted and stretched.

Then you get to Lamech (Genesis 4:23-24), who threatens sevenfold revenge to anyone who hurts him. Violent people, men.

Genesis 6:5, ESV: The Lord saw that the wickedness of man was great in the earth, and that every intention of the thoughts of his heart was only evil continually.

Not woman. Man. The flood happens because of man.

Now consider the man of faith, Abraham. He goes to Egypt and he’s such a coward that he tells his wife to lie to the Egyptians because he’s afraid. Does this sound like qualifications of a spiritual leader? No, no it does not. But she’s submissive to her husband, and next thing ya know, she’s about to be Pharaoh’s wife.

Also, the thing he’s afraid of is that the Egyptians will kill him if they find out she’s his wife. He’s wrong. So basically the man of faith has (a) told his wife to lie because (b) he has bad judgment.

Then take Sodom and Gamorrah. The Bible says (Genesis 13:13) that “the men of Sodom were wicked, great sinners against the Lord.” Nothing about the women; just the men. God destroys the whole city because of the men of Sodom.

Moses, a man disobeys God, and his wife has to circumcise their boys.

We’re gonna have to move a little faster now. All but one of Israel’s apostate idol-worshiping heads of state? Men. (Jezebel was under Ahab, you’ll recall, so Ahab was still the head of state in that case, leaving only Athaliah).

Who’s responsible for nearly all the sexual assaults and rapes in the Bible? Men.

Who’s responsible for nearly all the violence recorded in the Bible? Men.

Denier of Christ? Peter. A man.

Betrayer of Christ? Judas. A man.

Don’t forget Apollos, a man, who had to be set straight by a woman, Priscilla, whose name appears in 2/3 of mentions of the couple ahead of her husband’s name, emphasizing her significance over him.

Who discovered Christ was risen first? Women.
Who didn’t believe them? Men.
Who was right? The women. Naturally.

So when the divinely-inspired author of I Timothy says Paul doesn’t allow women to teach or exercise authority over men on the basis of the woman eating of the forbidden fruit first, he’s standing on some pretty shaky exegetical ground.

Men are inconsistent, they often fail to convey God’s word rightly, they strike rocks when God tells them to speak to rocks, they are occasionally incapable of doing anything useful unless women go with them (Judges 4:8), and regularly give other men terrible advice (see Job’s friends, for example).

So it turns out, John Piper is asking the wrong question. He shouldn’t be asking whether women should be teaching in seminary.

He should be asking whether men should. That’s a much more relevant question, I think.

NOTE: This post is satire. It is satire just like I wish to God John Piper’s post was satire. I believe women and men both have a place at seminary. And in pulpits. Because male sex organs are not God’s necessary qualification for ministry, and I am having a hard time believing I actually still have to say that.

10 thoughts on “Is There a Place for Male Professors at Seminary?”