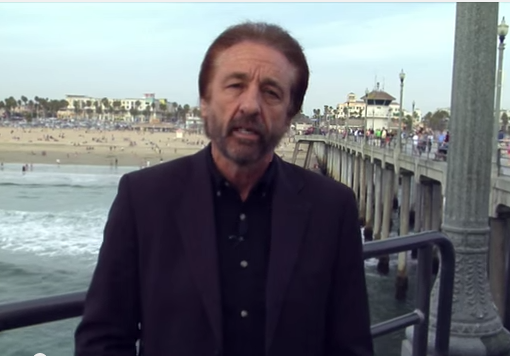 Many Christians treat God as a product. Of course, they would never admit this, but when it comes to evangelism, God is a product to be sold.

But God isn’t just any product. God is no hamburger, no 99¢ cheeseburger. No, God is a commitment. God is more like life insurance than lettuce bacon and tomato sandwiches. I don’t mean fire insurance, not yet, but God isn’t something people buy lightly. That’s why evangelism books and classes tend to look a lot like their counterparts in life insurance or other large product sales: God is a big sale, and a tough one.

Here’s how that plays out with the God product:

Here’s the catch: most problems seem obvious. I don’t need you to tell me that I’m a hungry college student, and my cell phone will tell me that it’s after midnight. “You’re going to hell when you die” is much less obvious. To sell the God product, you have to convince the person who’s buying that they’re going to hell, which entails selling them on a whole slew of other ideas:

Fortunately for American evangelists, these ideas are already deeply ingrained in the minds of most Americans. This is why Ray Comfort can do such a great job selling the God product: Most of his audience subscribes to the general principles required for the sale!

All Ray has to do is to convince them of these new “facts”:

And can Ray Comfort ever sell that. Ray makes sure his potential clients believe the basic programming from the first list, then he blasts his poor interviewees with Bible verses that make them think that he knows what he’s talking about to convince them of (1) and (2). Then he quotes more verses and interviews his suckers to convince them that (3) is true. Once he’s got 1-3, 4 follows logically, and most people he talks to already believe in (5). (6) is easy, because his buyers have already been agreeing with him and he can quote verses that make it look like he’s right.

Also, the best people to sell the God product to are people who have nowhere to go but up – people who are at the end of their rope and have come to believe that their live-like-the-devil program has gotten them to where they are now, people who know they want to change, who know that their program so far has sucked and if they don’t accept Christianity, their current life is going to kill them. These people make the best converts.

The Objections
Of course, the God product is still a tough sell. People don’t want to buy it now. We want to live our lives and have God leave us alone until we can make our deathbed confession. We want to have our cake and eat it, too; we want to heaven on earth and heaven in heaven, because we’ve seen religious people and to be quite honest, they look like hell, which is to say that they look like they’re having about as much fun as if they were in the lake of fire already.

So how can we sell the God product? Well, first we need to show people that Christians aren’t really miserable; they’ve just been exposed to the wrong kind, so if we’re just happy enough all the time around our unsaved friends, they’ll want to know what makes us happy, and we can psych them out by telling them our happiness comes from God, because Christianity doesn’t make you sad – in fact, it makes you happy! And even if we’re sad, it gives us hope in the darkest times. That’s why there are only six legal kinds of Christian music: to prove that Christianity is good, to remind us that even in our darkest time, we’re better off than those who don’t believe in God.

We listen to our own marketing materials to make sure we stay convinced of our sales pitch. The truth, I mean, of course.

But how do you add urgency? You warn them that they could be hit by a bus, of course. (That’s how you sell life insurance, too).

Another objection people have is that they’ve been hurt by users of the God product, purportedly because they’re using it. God product salespeople have scammed them in the past, so you have to prove that what those other salespeople were selling was snake-oil and that you have the real God product. And it’s a big sell, so you have to stay with them. You have to build a relationship for a long time, and sometimes they don’t buy the product at all.

Of course, the biggest objection of all is that it’s not real. It’s crazy is what it is. God’s not like that. God couldn’t be good and be like that. (Ray Comfort has some godawful responses to this objection that people actually seem to believe). If people got to know you, they would know that you’re not crazy and give your words some weight when you tell them they’re going to Hell.

Some people use “Jewels in your crown in heaven” to sell selling the God product, but the more genuine ones offer a stronger motivation: Love. You don’t want that person going to hell, do you? Also, it’s exciting and fun to build relationships with people, because at any moment, you could make an incredible sale and you could build an eternal relationship. It’s brilliant.

My God Product
The version of Christianity that I consider myself a part of isn’t like that.

I’m a Hopeful Christian Universalist, which means that I believe that God is saving everybody through Jesus, which means that Jesus’ sacrifice isn’t invalid if God saves everybody because God saves everybody through Jesus. That means the you don’t have the problem that the God product solves in the evangelical formulation of the sales pitch, and I wonder if maybe that’s why many Christians hate universalism.

I believe that, as one of my Facebook friends recently parodied Jonathan Edwards, the problem that put Jesus on the cross was God in the hands of angry sinners.

You don’t have to convince people that this is true. It plays on the evening news every night.

The trick to this is the solution.

Jesus models the solution. Jesus dies on a cross for his enemies. Paul said the cross is a stumbling block to the Jews and folly to the Gentiles. It still is. I live in the Gentile United States of America, and we have over 200 years of history to prove that self-sacrificial love is folly to us.

How do you sell refusal to fight back? There are great arguments against it, usually arguments that start with the phrase “If someone came into your house with a gun and tried to kill your family…” or “What about Hitler?”

We already know that things are seriously broken in the world we live in. We don’t need anyone to tell us that this world needs more than just a good paint job. But who of us would believe that we are loved beyond belief? Who besides Elie Weisel would believe that God’s face appeared in the face of every Jew who was hanged, of every Jew who walked into the gas chambers?

“God is with us,” the gospel declares.

I don’t think that the evangelical message of the God product is the true gospel. I’m still working out what I think the gospel is.

But I think it’ll be a lot easier to sell.

4 thoughts on “How to Sell the God Product”