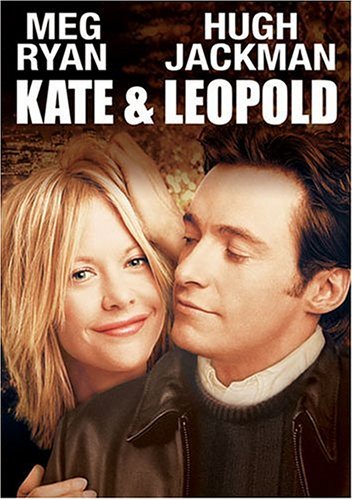 The other day a friend shared a post on her facebook wall titled “I just got engaged and immediately doubted my decision. Here’s why I still said ‘yes’…” I thought it was an insightful post and wanted to join the conversation.

I’ve heard talk about Prince Charming, “The One”, my “soul mate”. Even in church, I’ve been told that God is designing the PERFECT man for me. That there is ONE out there who will complete me.

And while I’ve always rolled my eyes at these concepts, I failed to realize how much they were etching their way into my thoughts and heart.

But this is where it gets interesting: She said that she cried tears of joy and was incredibly happy, but then added this:

I know I’m not the only girl who wondered why her “fairy tale” moment wasn’t as ridiculously blissful and simple as the 400,000 movies made it seem.

I think that is an incredibly honest (and useful) indictment. Mo, if I may, I’d like to explain to you why your fairy tale moment wasn’t the way the movies made it seem.

, Kate Hudson plays a girl who is writing a magazine article about how to get rid of any guy in ten days. She plays opposite Matthew McConaughey, who is trying to get a girl to agree to marry him in ten days. It plays for great laughs because her stereotypical clinginess to try to get rid of him plays right into his proposal. They start to build a relationship, though, because McConaughey loves Hudson unconditionally. No matter what she does, she can’t get rid of him, and she likes that.  (Who wouldn’t?) The next part of the formula is the breakup. They have a serious issue and fall apart. They unintentionally reveal to each other that their whole relationship has been a sham. She is on her way out of the city when he comes after her on a motorcycle. Will he catch her in time? Will he not? HE DOES! She get out of the taxi, they talk, they hug, and she pays her fare and lets the taxi go.

.” These people basically hate each other and are trying to get a divorce, and she’s not a fan of him at all, but he turns out to actually be quite sweet, and the story changes at the last minute. What makes the story sweet and romantic is that little twist at the end. That’s why your allergies are suddenly acting up. .” Hugh Jackman manages to come from a century earlier, and he treats Meg Ryan better than she’s ever been treated, like a gentleman and with respect. Everything is going along perfectly until the relationship hits the moment when Jackman is pulled back in time to his own time. Meg Ryan has to choose between taking a chance and believing the crazy story and jumping and risking everything, or staying where she is and losing him. She chooses to jump into the river (which is where the time vortex is or whatever). You start to wonder why somebody’s been spritzing water in your eyes when you see the old photo of Jackman and Ryan’s wedding.

You see, Mo, all of these movies have that trajectory. Things are okay, then they go up, they get better and better and better and then all of a sudden, something horrible happens and there’s a massive moment of decision. And then at the end when all if it is getting tied back together, there’s this beautiful weepy music playing and you’re not crying, your eyes are wet because maybe you got something in them.

And every romantic comedy does this.

We start to think that that emotional rocket is normative because we’ve become accustomed to it. All of the stories that we’ve heard show us that rocket. But we forget that the reason the people in our stories get to ride the rocket is that they sat in the almost-not-together place for a little while before they changed their minds.

It’s a bit like the story of somebody who discovers that they don’t have cancer. There’s a huge difference in emotions between the routine-mammogram-don’t-have-cancer and the thank-God-we-got-it-all variety. One is a huge emotional ride; the other is commonplace.