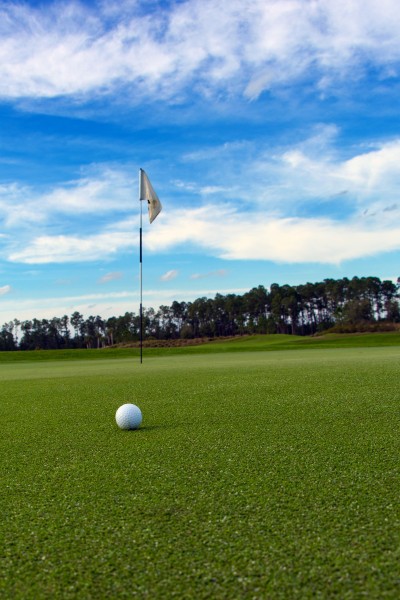 Once upon a time, a father took his son and an orphan golfing. When they got to the course, the father said to the orphan, “I will adopt you if you can make a hole in one here. Otherwise, I will drown you in the water trap.”

Now, the hole was 50,000 feet away across a water trap, and the orphan wasn’t a strong golfer. So the man’s son, who was an expert golfer, said, “Father, let me do it.” The father agreed.

The son, a mix of Tiger Woods, Happy Gilmore, and Hercules, gripped his golf club and swung with all his might. The golf ball took wings and soared across the water trap and plopped into the hole.

“Do you accept what my son has done for you?” asked the father.

“Golly, do I ever!” said the orphan. And the father adopted him.

I grew up around the gospel (Greek for “Good News”). I thought the good news was good only in light of the bad news – the bad news that at the deepest level, we were all wicked sinners bound for hellfire and damnation, that we were not and never could be good enough for God unless Jesus died in our place.

The good news, that we can make it with Jesus, is only good news when accompanied by the awful news that God demands something of us which we were never capable of doing.

The good news that God was going to let us off the hook for our sin was good news only when accompanied by the horrible news that God was a perfectionistic demanding parent with impossible standards and grotesque punishments for failing to meet them.

Many Christians would say that God is like my dad when I cleaned my room. No matter how carefully I cleaned, I never could get it clean enough for his inspection, and he spanked us for not cleaning our rooms properly. Some nights, after tears and frustration and lots of work, he would say, “I guess I can let it slide by.” The work I did was never good enough, but eventually he “graciously” let me off the hook for it.

Many modern Christians seem to want to have their cake and eat it too. They say, “God has an impossible standard, but we should keep trying to meet it now that God has let us off the hook for it, and we should do that because we love God.

Or they treat missing the mark like a 50,000-yard golf stroke over a water hazard. Jesus landed the ball on the green right next to the hole. We could never have pleased God on our own, but Jesus got us close enough that we could pull it off.

Some Christians might be offended by that analogy and say, “No, the standard is impossible, and saying that Jesus got us close but we have to get the rest of the way is heresy. Jesus got us all the way into God’s good graces. And this is wrong, too, I think, not because it goes too far, but because it doesn’t go far enough.

My good news is that I am good enough for God, because God made me, and God don’t make no junk.

My good news is that God loves me the way that I am.

My good news is that I’m not so wicked and deplorable to God that Jesus had to die so God could forgive me.

My good news is that I don’t have to follow a list of crazy rules in the Bible for God to be pleased with me or like me.

My good news is that God doesn’t let me “slide by” on account of Jesus’ sacrifice.

My good news is that the bad news is bad enough already and that God doesn’t have any more.

My good news is that there’s already enough bad news in the world; God doesn’t need to pile more on it to create good news.

I may defend this later, because I can see plenty of angles from which to attack it, but for now I think it’s enough to say it.

3 thoughts on “My Good News”